With Halloween literally creeping around the corner, we thought we’d give you thrill seekers a little head start with some heart palpitation-inducing haunted houses.

Malaysia has never shunned the spotlight when it comes to the supernatural, even when the supernatural themselves prefer the cool, damp shadows of abandoned mansions and villas reclaimed by our tropical rain forests. So let’s kick ourselves into high gear and get this blood-stained train going, shall we? The story behind this now popular tourist spot situated in the heart of Ipoh, is said to be the Malaysian Taj Mahal, a symbol of love by Scottish planter, William Kellie Smith for his beloved wife (on the expense of her inheritance lol) which began construction after the birth of the Smith’s second child, a son. With over 70 South Indians laborers building Kellie’s Castle from the ground up, the Smith family traveled to Lisbon where William was diagnosed with Pneumonia and passed on, leaving his widowed wife and kids who then moved back to Scotland after selling Kellie’s Castle to a British company.

While the family was in Portugal, the 70 South Indian laborers fell victim to the Spanish fever that was going around at that time, hence never managing to finish Kellie’s Castle.

It is said that the spirits of the Smith family returned to their unfinished fortress, with the man of the house seen pacing the second floor corridors and their daughter wondering about her old room at night. Smells of incense can sometimes be smelt coming from the horse stables.

But that’s not all, folks. Three secret tunnels were discovered and later believed to be used by the Japanese to transport, torture and execute their prisoners. So at this point, who knows how many spirits call Kellie’s Castle home.

It is reported that you can feel their presence around you if you stand in any of the rooms and just soak in the atmosphere. A deadly atmosphere to soak in if you ask me. Heck, no thanks.

At the peak of Mona Fandey’s witchcraft/dark magic career, she purchased not one, but two luxurious mansions, one called the Aeroplane Bungalow situated in Shah Alam and the other, a villa in Raub, Pahang. She practiced the dark arts, Lord Voldemort style, not only to assist greedy politicians in their power-hungry quest to national leadership positions but also to seek fame and fortune for herself.

In 1993, she and her husband approached Mazlan Idris, a Pahang assemblyman with a bewitching proposal to shoot him straight to Chief Minister-hood. But instead of shooting him, she decided to slice him up into 18 pieces in her Raub home during a cleansing ritual and not only hide his body parts in a store room on the compound but allegedly also fed some to her unsuspecting neighbors.

Her last words before she was hung for her crimes? “I will never truly die.”

Both of her old residences now lay unoccupied as many fear the fact that the dead cannot carry their possessions with them to the other world. Her pets that were conjured by her witchcraft are said to still roam her residences, carrying on her dark legacy. There are many versions as to what happened at this villa. From robbers to jealous relatives who sent hit men, the truth to all the versions is that the wealthy family that lived there met gruesome deaths, starting with the daughter named Nabila.

The version varies among the guilty party, some saying the maid did it, while others claimed that relatives that were jealous of the family’s good fortune sent hit men. There are even versions where apparently the father was going through business and financial difficulties, spiraled into an insanity fueled rage, killed his family and himself.

No matter what the origin story is though, the spirits of the family still occupy their beloved home, appearing as unearthly faces in photos, protecting their family home. I don’t even know where to start with this one. But lets focus on two main location points that still house residences, shall we.

The Ria Apartment and Amber Court are home to not only the people who work in Genting but also those who never left after their demise. From suicide attempts to jealous lovers out for blood, many lost their lives but found a new home at these condos.

It is said that the 17th floor of the Ria Apartment is completely closed off to tenants, though they still have access to this controversial floor via the main elevators. Based on the experiences of others, allegedly those who dare venture into the 17th floor is said to wander around the floor, unable to find a way out until it’s daylight, but don’t worry, they’re not alone in there.

Amber Court on the other hand, is infamous for their invisible room mates, who enjoy having a ball in the closets of the rooms. Knocking can be heard coming from inside the closet in the middle of the night and when that get’s dull, they decide to move to the bathroom instead.

Expect to also see a reflection-less woman in a red cheongsam hanging about the rooms of amber court. Taken down by 20 days of non-stop rain and underdevelopment causing a land slide, at least 48 tenants were killed in the collapse of one of the Highland Towers. Ever since the incident, it is said that the spirits of the deceased wander the area, not entirely sure what exactly happened to them, not knowing that they’ve shed their mortal coil.

Taxi drivers are said to avoid the vicinity of the Highland Towers at night, as reports suggest that certain spirits tend to wander too far from the premises and require assistance getting back to towers to continue their search for their missing body parts.

Drivers have encountered both a lady in this situation. When asked why they need to be dropped off at the towers, the typical answer received is normally “I left several important belongings here, my body and my life”. To those who dare venture into the towers at night, may also encounter a young boy running around, with a torn face and a missing arm. Do help him find his missing arm, he really wants it back. Two young American-born Indian children were killed along with their maid, by their bodyguard. (I guess he wasn’t so serious about his career.) No one knows exactly why he did it though I’m guessing he had some inspiration from Ms Mona Fandey considering he chopped them up into tiny pieces.

To add insult to injury, he threw their chopped up body parts into the septic tank at the back of the house.

It’s surprising that the spirits of these poor kids haven’t turned malevolent considering their untimely demise as they can sometimes be seen waving out windows at passing cars. Not that that should encourage you to go visit them. Leave them be la kay? Now this one’s a hardcore one, though the back story is somewhat similar to the one of Villa Nabila.  The grandson of the house, John St Maur Ramsden was shot in the head by hit men sent by relatives that were jealous of the family’s good fortunes.

Later, the rest of the family were believed to be killed by the Japanese invasion. Soon after that, the huge mansion was taken over by a witch doctor as the jungle claimed back the land in which the mansion was built on. The witch doctor practiced a ton of dark magic in the abandoned mansion, using it as a gateway to bring over his demon friends.

He has since then passed on, though rumors have it, he still roams the compound through the mansion’s 100th door that only opens at 12am every night, serving as a gateway for evil to enter our realm. Those who have visited the location refuse to stay beyond sun down, and for those who have, have spoken about hearing growls, tortured screams and the sounds of drums emitting from the mansion and the surrounding darkness.

You might be wondering what I mean by just Bukit Tunku, right? Yes, I mean the entire neighborhood.

According to more professional opinions, apparently there is only one haunted mansion among all the fancy houses of Bukit Tunku (and I don’t know which it is so ya’ll gonna have to play ghost roulette.) Though it is believed that these spirits are clearly not confined to the property as apparitions, pontianaks and their friends have been seen in almost every corner of the neighborhood.

Most notably would be the phantom rempit guy that rides like a nut job around the neighborhood only to completely disappear around bends. And then there’s that whole incident where someone who was driving down one of the roads in Bukit Tunku, stopped when he saw an apparition sitting in the middle of the road while the indicators on his dashboard started flashing in an out of the ordinary manner. He immediately U-turned and got the heck out of there (smart man), though after catching the entire episode on dashcam.

Not to mention, if you do stumble upon the haunted mansion, beware of the lady who hung herself. She throws stones. Don’t get me wrong, I love Penang; but from the stories I’ve heard, there are haunted houses littered everywhere there. Especially on the hill tops, haunted mansions have overtaken the views from Penang Hill and many other surrounding locations. The haunted residences mentioned in this section are from the island of Penang, as we’ve already mentioned a really hardcore one from the mainland above (see 99-Door Mansion, Nibong Tebal).

The Hundred Years Mansion, located just meters away from a public recreational park is home to Malaysia’s first indoor swimming pool, in which a lady had committed suicide in due to her father’s disapproval towards her choice of lover. It is reported that the son of the mansion’s owner had also drowned in the pool.

A nun who visited the location mentioned that she saw too many souls there and had her last request before she passed away be to have a prayer there for them. There’s even a miniature temple built right outside the mansion premises in order to keep the spirits within the confinement of the mansion walls.

Another haunted property would be the Brother’s Bungalow, seated nicely atop Penang Hill. Built by the colonizers way back when, the bungalow was used to house the Christian Missionary Brothers as a retirement home for their emeritus brothers.

Soon after, the Japanese had invaded, tortured and killed the brothers on the premises. Even since then, the property has been opened up to the public who’ve reported seeing things from headless floating brothers to visions of Japanese soldiers beheading brothers. Caretakers of the location even mentioned a playful spirit who likes to overturn the room number ’16’ to ’91’ multiple times.

But that’s where the playfulness stops, as apparently there is a storeroom that is fiercely guarded and only a select few actually have the guts to enter.

Would you dare check out these properties? Or better yet, would you live in a property knowing if it was haunted?

If you think we’ve left out any bloodcurdling bungalows or terrifying terrace houses, do let us know in the comment section below! 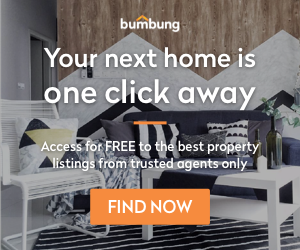