Does decluttering your house really help?

Bumbung Team
on June 2, 2017 at 9:15 am
Ever since the launch of Marie Kondo’s international bestseller, The Life-Changing Magic of Tidying Up: The Japanese Art of Decluttering and Organizing, and its sequel, Spark Joy: An Illustrated Master Class on the Art of Organizing and Tidying Up, people have been raving about how decluttering have brought joy to their lives.
The KonMari method that the Tokyo-based author has created may seem perfectly tailored for tiny Japanese apartments. However, her pointers have become very popular in places such as the US, where people typically have more space to spread their belongings.
But as fulfilling as it can be to throw out things that do not spark joy, and to keep everything neatly folded away in a drawer. It may not be for everyone. 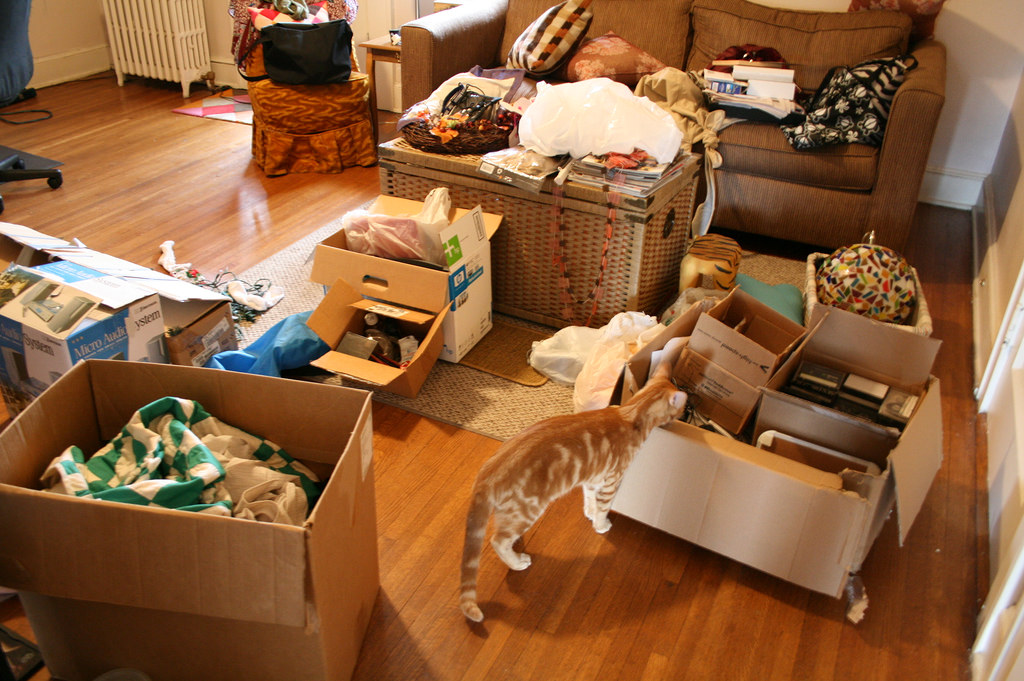 Tim Harford, who wrote the 2005 bestseller The Undercover Economist, says there’s no intrinsic value in being neat. “A pile of papers on a desk isn’t a random mess; it’s a logical one. The papers you touch the most end up on top. They’re full of clues about recent patterns of working,” he tells Bloomberg.
Harford cited a University of Exeter study which found that employees show greater productivity in workspaces that have more, rather than less stuff. However, most productivity was seen when they had the most control over an environment.
The study also found that people who had no control over their surroundings not only hated their job, office and company, but also complained of physical discomfort.
Therefore, what matters is that you get to choose what to surround yourself with because that leads to more happiness. So if spring-cleaning your closet is your cup of tea, by all means do it. But it still does not address the cause of the clutter problem — overconsumption.
An article in The Guardian says there has been an increase in donations of pre-loved items to charity shop chains, which resell them for money. That’s wonderful. But what happens to those items that cannot be sold?
Fast-fashion purchases are prevalent today, but the quality of garments shows they are usually not made to last. These often end up being downcycled into items such as mattress stuffing or rags. What cannot be used at all goes to the landfill.
Research conducted by Wrap (the Waste and Resources Action Programme) found that an estimated 350,000 tonnes (worth £140 million or RM748 million) of used clothing goes to landfills in the UK alone annually.
To root out overconsumption, we have to start by changing our relationship with things. According to James Wallman, author of Stuffocation: Living More With Less, society is still using mental tools honed through millennia of scarcity.
“It’s very hard to switch our mental tools, which is why lots of people, once they’ve done that clearing up and feel good about it, think, ‘I’ve got all this space on my shelves. What do I do?’ And they go and buy more,” Wallman tells The Guardian.
Purging our possessions using the KonMari method is the first step towards unlearning this mindset. It is also the most difficult, because it is normal for human beings to have attachments. But if that can be accomplished, it will mean a huge step forward.
This should be followed by a marked effort to not repeat the vicious cycle of replenishing what has been thrown out. It helps to consciously choose to use the money we would normally spend on more material things on having more memorable and enriching experiences instead.
This post was brought to you by Bumbung.co
Sell or rent out my house now!
Categories
Home and Design
Tagged
Home and livingHome improvementtips